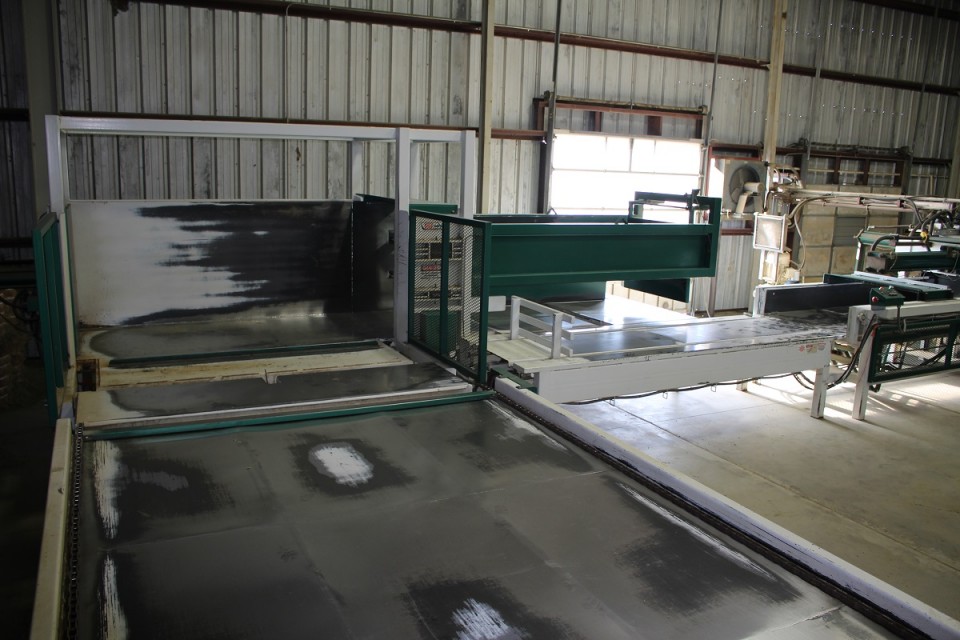 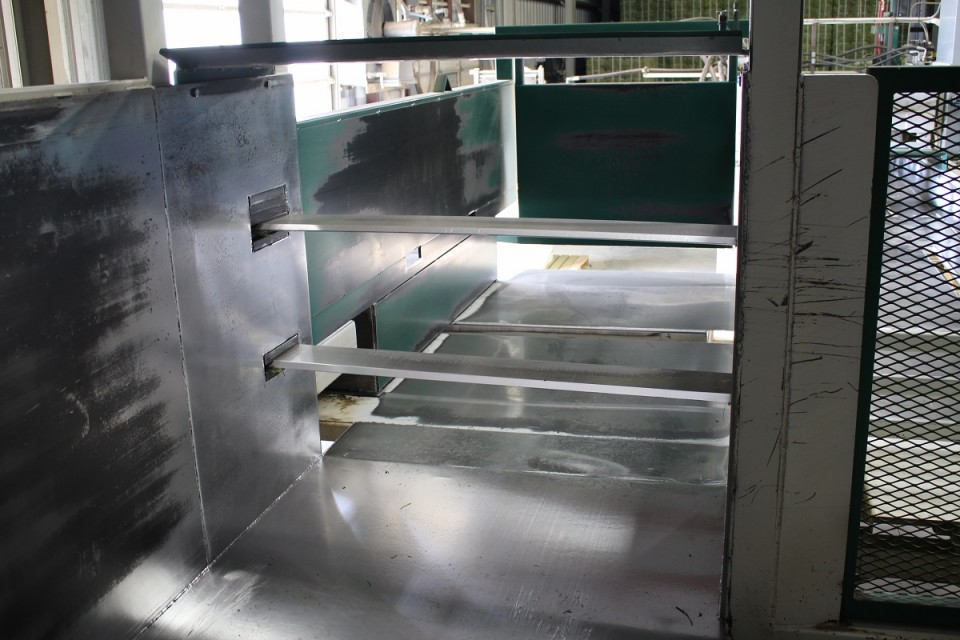 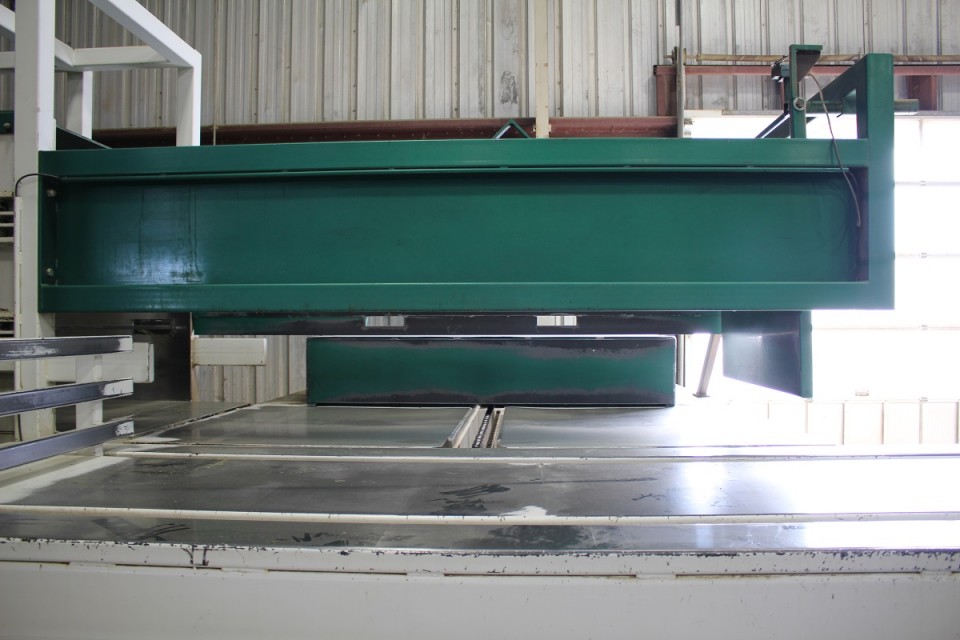 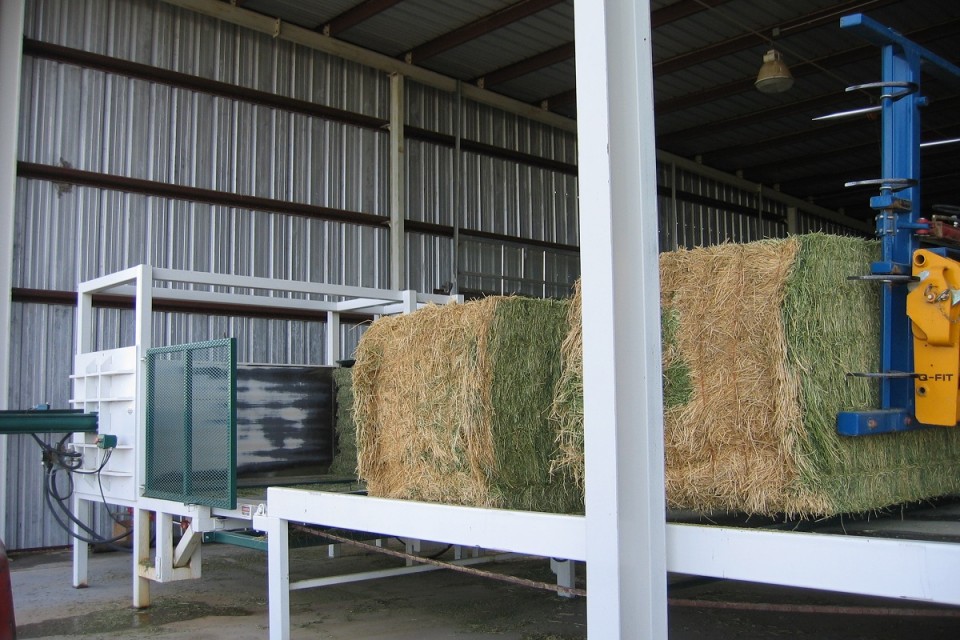 The process of converting large square bales to small square bales starts with the large bales being loaded onto the in-feed conveyor. Once the bales have been loaded, one bale is advanced into the large bale slicing box. A 5” hydraulic cylinder forces the bale through 2 fixed horizontal knives that gently slice the bale into three equal slabs. Each slab is held together by 2 baler strings from the large baler.  The bale is pushed into a box called the de-stacker that slides the bottom slab of hay to the in-feed table. The machine operator now has the ability to look into the heart of the bale and inspect for damage or foreign material that might make the hay undesirable. If the slab passes inspection, it is advanced forward towards the press and the 2 baler strings that held the slab together are removed.